Cha Gong Chan was able to enter the top private high school in the affluent Gangnam District, Myoung Mun High, because of his soccer skills. But when he quits the sport, he finds himself an outcast and starts cutting class. One day, a beautiful new girl transfers to the school, and when she walks into his class, Gong Chan falls for her instantly. He is finally enthusiastic about going to school, but the school administrator informs him that he will be expelled if he misses one more day. Gong Ghan vows that he won’t give up on either his school life or his love. 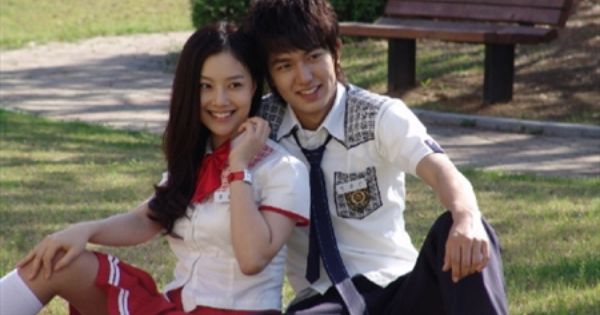 This drama is really really funny but what only made me disappointed is they only dropped it and ended it at only 8 episodes. The story of this drama could have been better, the themes of bullying, achieving your dreams and the politics inside school could have been explored more, nevertheless, this drama was really really funny ( and genius if they gave it a try). By the way the reason why it has only 8 episodes because the ratings were low so they needed to cut it. So, yes, the ending was a disappointment. But neglecting that kind of ending, if you are looking for an enjoyable drama that can get all your stress away, this one is for you.

I watched this already last year and I would love to rewatch it again for some good good laughs.