A new type of deadly virus spread throughout the city, and the apartment where has different social classes of people is sealed off. With the fear of the virus, and the conflicts of the different classes, the residents have to spend and survive in the new habitation. 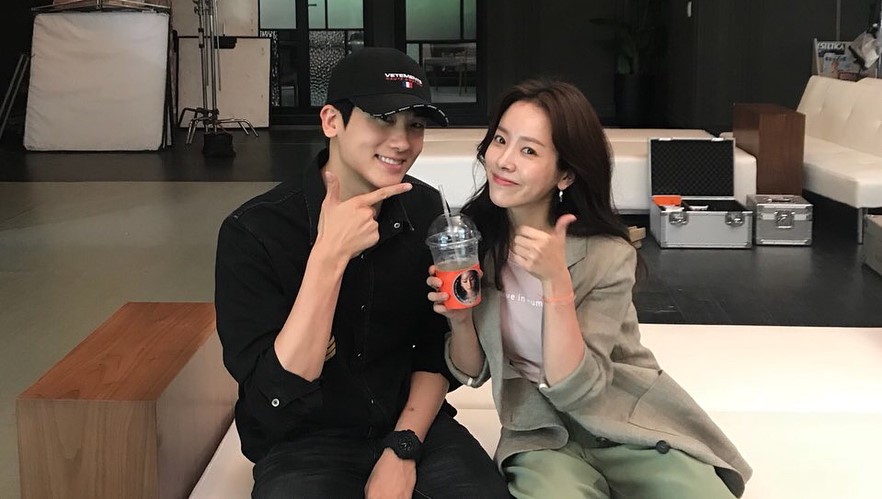 Yoon Sae Bom is very quick on decision and judgement. She did not grow up in a good environment. She wants to live comfortably in the complicated world, but she righteous and can’t stand injustice.

Jung Yi Hyun is a police detective, who is mainly in charge of violent crimes. He used to be a baseball player, but had to quit due to a knee injury. He struggles to protect people from the danger in the apartment.

Han Tae Seok was an information agent while serving in the military, and after being discharged, he worked as an executive at a pharmaceutical company. He is the perfect person for a position dealing with infectious diseases.

We have numerous different definitions and interpretations for the term 'happiness' and we incorporate different definitions depending upon the situations or scenarios. For this drama, the most appropriate definition that comes to my mind was stated by Steve Maraboli that says, "Happiness is not the absence of problems, it’s the ability to deal with them." Don't you think it resonates with the entire drama?

The basic concept of Happiness (해피니스)is apocalypse and we are having more of it these days, no? But what makes this drama stand out is a different approach of showcasing human behaviour during crisis, more than the apocalyptic situation. Yes, that's how you have to perceive and watch the entire thing keeping that in your mind. Otherwise you gonna hate this drama if you have come here to see thrilling monster apocalyptic consequences, utter dystopia and plenty of gore elements.

Happiness is about the happenings inside an apartment building that's been quarantined due to the spread of a deadly new virus, along with other apartments of the complex it belongs to. The virus has the ability to invade the infectee's brain and gain control over it by which the diseased develops monstrous symptoms and crave for blood. There's simply no cure to the virus since it's completely new and, nor is there a way to control the contagiousness. The drama is entirely about community survival because the residents belonging to different class who are stuck in the building, has to patiently wait until the restrictions are lifted. Meanwhile they have to avoid getting infected by any means as well as solve conflicts like fight for food, water, other accessories, finding network and most importantly save themselves from each other. This seems like a better synopsis.

Yoon Sae Bom (Han Hyo Joo), an SOU cop is highly decisive, righteous and straightforward as a person. She never tolerates injustice and always ready to counter any challenging situation. Jung Yi Hyun (Park Hyung Sik) is violent crime detective who never fails to get to the root of any incident and is good at dealing with any kind of unforseen event. Sae Bom & Yi Hyun have been friends since highschool and maintain a healthy friendship through mutual care and admiration. Han Tae Seok (Jo Woo Jin) an ex-military agent has the topmost hand as a pharmaceutical company executive and constantly strive to defeat the virus.

Ahn Gil Ho & Han Sang Won, PD & Jakka of the drama respectively, are very familiar names in the Kdrama industry with a good record of dramas as their accomplished works and this drama is probably the 2nd from this duo, together. Given the concept & context of the drama, the execution and screenplay management is done well, in overall. The writer deserves applause for bringing forward a different approach in apocalyptic story. Sure we have seen plenty of apocalypse but some are more about the survival against the crisis and others are balanced between along with human problems. But let me repeat that Happiness is more about the later. It's a great idea to showcase the human behaviour during the current pandemic that the audience could greatly relate to.

We have got many actors in the drama who are more or less familiar and are good at acting. I am afraid i will end up mentioning all of their names, I will just say that Lee Joon Hyuk playing Detective Kim Jung Gook (Yi Hyun's supervisor) and Park Joo Hee as Lieutenant Lee Ji Soo (Tae Suk's assistant), are my favourites. Acting department did pretty well here but i don't think it had any character with significant scope to showcase their skills.

The plot development is quite good, I wasn't actually amazed by it but sure, it's something to look forward to. It isn't really constantly gripping or something that makes you to seat at the edge except for the last few episodes, ngl. I am in fact pleased how the mood wasn't drawn to be intense and heavy, throughout. There were instances of kindness, humanity, love and care, all of these incorporated at appropriate spaces. There is no crude amount of romance between the leads here, even though they're considered couple, rather, to me, it felt like a slowburn development that was invisibly progeesing through mutual care. However, chemistry between them as best friends or even partners is superb, you are gonna love it. The first 2 episodes are not that great to keep you hooked, so i suggest you to try the next 2. Also, personally, I was with the wrong impression about the concept, so I struggled a bit initially. But it's a matter of time I changed my perceptions and to my cooperation, the show came to me in a different light. The progression is nice and the last 3 episodes are makes you anxious about the further consequences. Those are the best episodes no matter how much frustrated I had become.

There are few aspects that could have been better. I understand what the drama is about but meanwhile, they could have explained more about the virus, the restricted drug, the symptoms, which could have made it even more interesting. They could have thrown some more light on the character dynamics of the the individuals stuck in the apartment, with some background settings; Ik it would have demanded more run-time, so I'm not complaining. The sound production makes it look lame which is not the case. I am not fan of Han Hyo Joo's acting, nor do I hate her but I had hard time resonating with her character Sae Bom at particular instances here. Her behaviour sometimes didn't at all feel like that of an SOU cop. Also, Hyung Sik's acting plus voice felt unfamiliar to me since it's his comeback drama. Anyways, the sole reason I was here was the cast and I am pleased with whatever I was offered through this project.

The drama has only 2 OSTs and loved both of them. "What Lies Ahead" by Joe Layne is a country song which has trenchant values, defining the title of the drama. It's all about the anticipations and strategies about one's future, requires to achieve real happiness but little did they know that Happiness comes with hardships. "Pain" by Isaac Hong is a track that yearns to escape from pain, that has trapped them witnin an infinity loop. Other than these 2, Happiness also features several tracks from Joe Layne as background scores at several instances. I am honestly not satisfied with the sound production. Given the premise, Happiness could have produced and utilised some good instrumentals as it's background score or even theme songs but they got very of them composed. In fact, those few are good yet underutilised. This influences the screenplay in a way that the drama feels slow, when it actually isn't.

Since 90% of the runtime takes place witnin the apartment, there ain't much scope for cinematography but the CGI involving the virus infected individuals and their behaviours was upto the par.

Again, Happiness is a live-action drama of human psychology and their socio-cultural behaviour during crisis, or let's simply relate it to the current pandemic. The world has changed a lot since the outbreak of a deadly virus. Despite the difference in our status or classes of different categories, we all were exposed to similar threats of health as well as livelihood. And that's how we got to see how people respond differently to the same situation. People were scared, sceptical and inundated by informations and mental health of a large group of people went into shambles, adding financial problems to the lump of other crisis. Some were craving even for a single meal wheras as some were dealing with it sitting at home, as if nothing has happened. The pandemic in fact lengthened the difference between rich and poor even more. We witnessed people fighting over something like toilet paper. On contrary, we also got to ser different group of people coming forward to help each other and pledging to overcome the crisis together. Human psyche is inherently flawed, beset by biases that distort information. It is seen as incapable of dealing with complexity, probability, and uncertainty, and tending to panic in a crisis. This is everything you'll get to see in Happiness.

The entire piece is thrilling and awes you with its suspense at several points but it might not feel compelling which is okay because it's more important that you understand the undeaying messages which the show wanted to convey.

Overally, Happiness is a good drama which experimentally shows the social science pov of human behaviour and the underlying psychology. Please keep in mind that it's 10% apocalypse and 90% about demeanor of so called social animals, namely human beings. It's definitely worth the one time watch and I would surely recommend to give this a go, at least for Park Hyung Sik.

Watch the kdrama Happiness (2021) on XeMovie.com from November 5